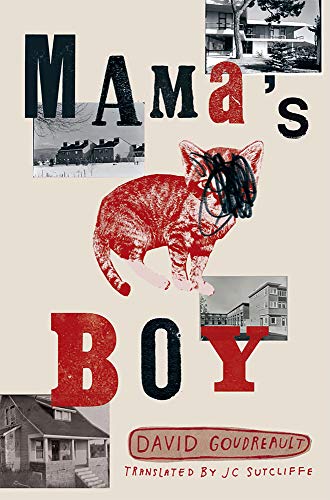 Goudreault’s darkly humorous but disturbing debut, originally published in 2015 and now translated by PW reviewer Sutcliffe, takes readers into the life and mind of a young Quebecois man and charts his descent from a traumatic childhood into a life of crime. The unnamed narrator’s story begins when he is seven and observes that his “mother was always committing suicide. She started out young, in a purely amateur capacity. But it wasn’t long before Mama figured out how to make the psychiatrists take notice.” After recalling the first time he found her after one of her attempts and ran for help, he relates being taken away from his mother, shunted through many foster homes and institutions, and left to grow up entirely friendless and lacking empathy. “Friendship implies a certain amount of giving of oneself,” he muses, “and I haven’t even got enough of me for myself.” His adult life is driven by his needs for alcohol, drugs, and sex and a quest to find his mother, all of which require theft, lying, and taking advantage of anyone who gets close to him. Despite the narrator’s repellent behavior, readers will be drawn in by his quick wit, sharp observations, and childlike longing for his mother’s love. (June)

Correction: An earlier version of this review mischaracterized a plot point.