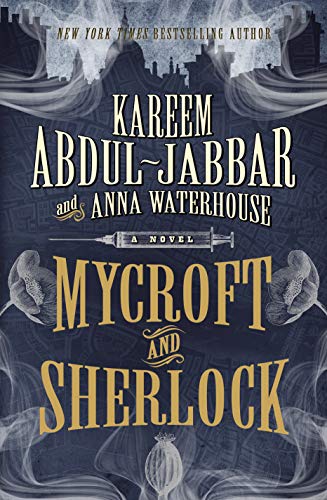 In Abdul-Jabbar and Waterhouse’s intriguing sequel to 2015’s bestselling Mycroft Holmes, Sherlock Holmes plays as big a role as his older brother, Mycroft. In 1872, 26-year-old Mycroft, who holds a senior position in the War Office in London, serves in loco parentis for his 18-year-old younger sibling, whose interest in crime has manifested itself by an appetite for newspaper reports on the subject. Mycroft’s close friend from Trinidad, tobacconist Cyrus Douglas, now runs a school for boys, which Mycroft subsidizes because Douglas has no money to speak of. Cyrus joins Sherlock in investigating a series of bizarre killings dubbed the Savage Gardens murders, in which the victims were all sliced into quarters and left to bleed out, while Mycroft, who suffers from heart trouble, remains physically inactive for the most part. Still, Mycroft has an entirely different interest in the murders than his brother, and only at the end do their interests merge.. The authors’ depiction of what he was like as a young man works as a plausible backstory.Agent: Deborah Morales, Iconomy. (Oct.)

This review has been update to correct several inaccuracies in the plot description.