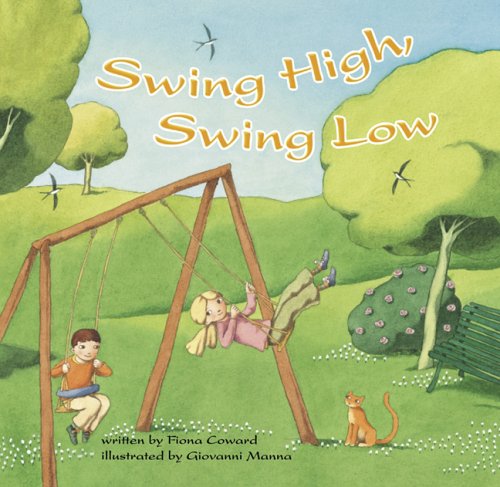 This book of opposites, which follows a brother and sister from wake-up to end of day, is rather a mixed bag. British author Coward underscores the story's contrasting elements in simple, sing-song rhymes. As the two children cross a busy street with their mother, the boy stoops to pick up something he sees in the gutter: "Tummy says 'yes,'/ Mommy says 'no.'/ Red says stop./ Green says go." The setting soon jumps to the interior of the children's bustling daycare, where there's "a time to work,/ and a time to play./ Mess it all up,/ then tidy away." But the comforting rhythm grows enervating after a few pairings with Manna's ( ) mural-like watercolors. Although the rich-toned, carefully detailed pictures make an initially handsome impression—the street scene exudes the stylized energy of a WPA mural—the flattened compositions and uniformly rendered faces (everyone has the same placid, cat-like eyes) tend to dampen any emotional energy inherent in the vignettes. A kind of elegiac calm pervades the pages. Ages 5-7.