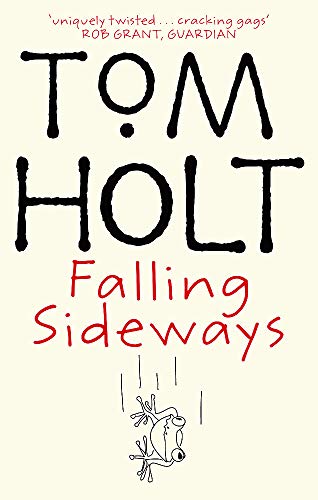 Lonely computer programmer David Perkins has spent his life obsessed with Philippa Levens, a witch who was burned for heresy hundreds of years ago and immortalized in a painting. When he impulsively purchases a lock of her hair at an auction—then, coincidentally, finds himself near Honest John's House of Clones, whose proprietor agrees to bring her back to life—he triggers a chain of events that reveals mankind's puppeteers to be a meddling race of highly evolved, immortal frogs. It turns out that David's life, and the lives of those around him, have been meticulously planned over the centuries to bring about the rebirth of Philippa and her long-lost love; she and her immortal father spend most of the book tossing off hip cultural references and Microsoft put-downs, all the while leading David through an increasingly byzantine plot. Holt (, etc.) has a touch that is equally breezy and serious: the story's twists and revelations feel like Douglas Adams emulating David Mamet. Although the prose is wordy at times and the story is 100 pages longer than it needs to be, aficionados will relish every line.