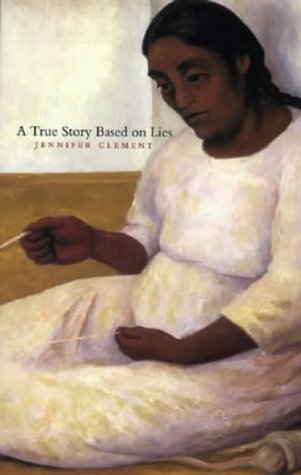 A TRUE STORY BASED ON LIES

Employing an elegant, spare poetic style that speaks volumes about the plight of her Mexican protagonists, novelist and poet Clement () tells the story of a young peasant girl named Leonora who finds work as a domestic for a rich Mexico City couple with an Anglo last name. After growing up in rural poverty, Leonora finds her circumstances improved considerably when she moves in with the O'Conners; her fellow servants become a warm, caring circle of friends. But her ignorance leaves her helpless against the advances of Mr. O'Conner, and while he proves to be a gentle, compassionate lover, Leonora soon learns that he has a long history of infidelities. His wife tries to send Leonora away after the birth of the child (a girl the family names Aura Olivia and intend to raise as their own), but Mr. O'Conner convinces her to let Leonora stay and help with the child's upbringing, a decision that exacerbates his wife's various psychosomatic illnesses. Clement's short chapters are a haunting series of prose poems, some of them narrated in flashback by Aura Olivia as Leonora's troubles mount. Clement also uses the other domestics as a kind of Greek chorus, particularly a woman named Josefa who speaks solely in single-word sentences. This is a rich, memorable, multilayered novel.