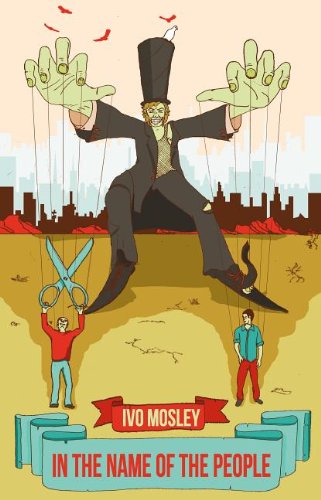 In the Name of the People: Pseudo-Democracy and the Spoiling of Our World

According to Mosley (Dumbing Down) civilization is close to needing a "coroner’s report," and a first step in avoiding such a fate is understanding why electoral representation does not equal "democracy." He opens with quotes from historical ethos-bearers, making us feel gullible for believing we live in democracies. But rather than offending, his method compels further reading on how this is not democracy’s true form. Mosley widens the parameters of debate about corruption and efficiency of government, outlining how knowledge gaps thwart change, government mechanisms remain obscure or inaccessible, and, in a true democracy, people chosen by lot—akin to juries—make practical decisions. Electoral representation is particularly violent in multi-ethnic societies; Sudan, Turkey, Rwanda, and the United States of America all underwent genocides, as did democratically-elected Nazi Germany. Moreover, when Western electoral systems ship overseas, currency becomes a fourth power alongside the legislative, judicial, and executive, with "[p]rivilege blurred into outright criminality." Economists’ warnings of using debt to create money further haunt the text. Full of black humor, Mosley, grandson of British fascist leader Oswald Mosley, acutely understands how and why current forms of electoral governance are destined to fall short of their promise. (Mar.)
close
Details