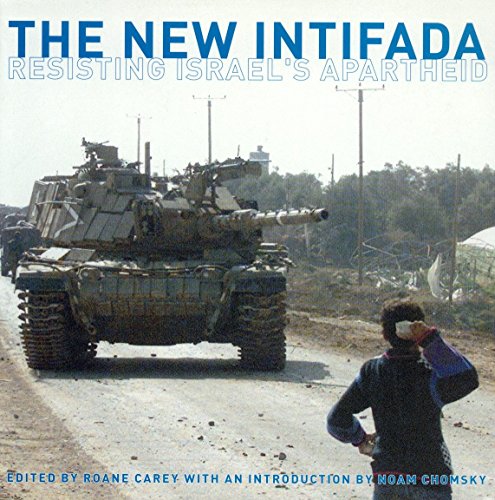 Even as the latest unrest in the Middle East passes its one-year anniversary, the war of words continues as well. As the South African comparison in the subtitle makes clear, the essays in this book (edited by the 's copy chief Carey), written mainly by journalists and activists, mostly but not all Palestinian, take an unabashedly pro-Palestinian (and largely anti-Israeli and anti-U.S.) perspective. Articles address the outbreak of the violence last fall, the history of the now-moribund Oslo peace accords and the "U.S. media bias" against the Palestinians, among other topics. Palestinian terrorism is explained as the only resort of a powerless population, while in one instance former U.S. officials are referred to as "Israel lobbyists." While the articles are expressly written to increase sympathy for the Palestinians, the careful reader can discover some nuances: in some essays, the Palestinian Authority and its leader, Yassir Arafat, are defended as having done all they could for peace; while in other pieces, the P.A. is charged with corruption and authoritarianism. Taken together, the essays boil down to one argument: the U.S. and Israel have been the main obstacles to a solution to the Israeli-Palestinian problem. As well-known intellectual and activist Chomsky writes in his introduction: "the United States and Israel have labored for thirty years to construct a system of permanent neo-colonial dependency." If this one-sided collection is any indication, there appears to be little hope of jump-starting the Middle East peace process any time soon. Photos and maps.