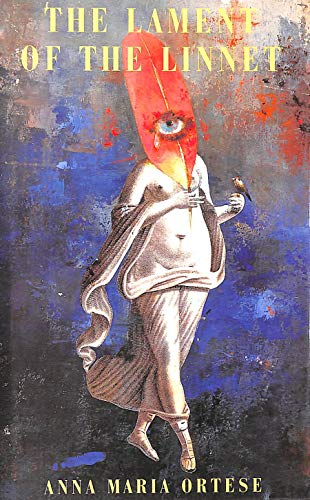 The Lament of the Linnet

Teeming with graveyard visions, religious apparitions, omens, sprites and all things playfully paranormal, this rococo romance from renowned Italian novelist Ortese (1914-1998) boasts an elaborate structure and a deep interest in philosophical mysteries worthy of Umberto Eco. Set in 1793, in the full glare of the Enlightenment, the novel uses the stuff of dreams and fairy tales to reject mechanistic rationalism. When three Belgians--Ingmar de Neville, decadent prince and magician; impoverished sculptor Albert Dupr ; and tubby, ostentatious merchant Alphonse Nodier--venture to Naples, each is smitten by a wealthy glovemaker's austere, inscrutable 16-year-old daughter, Elmina Civile. When Elmina's pet linnet starves to death through her forgetfulness, she tosses the dead bird to the gardener's cat--a seemingly callous act that repulses her suitors but does not prevent Dupr from asking for, and getting, her hand in marriage. As Elmina metamorphoses from cold-blooded scatterbrain to siren to angelic presence, Prince Ingmar, obsessively in love and gifted with clairvoyance, discovers that she is bewitched. Indifferent toward Sasa, her daughter by the now-insane Dupr , Elmina lavishes attention on her informally adopted son, Geronte, a half-witted cripple who wears a filthy hen's feather stuck to his head. The boy may actually be a manifestation of a goblin, the Elf of Cologne--who has been around since 1505 and will die when he reaches age 300 because of a curse. Though elegantly translated, Ortese's (The Iguana) ornate, convoluted sentences and multiple conflicting versions of the same event may try readers' patience. However, as a threnody for the death of kindness and mystery in the modern world--and of course for the linnet--this luxurious and fevered novel hits a perfect, bittersweet note. (Apr.)
close
Details