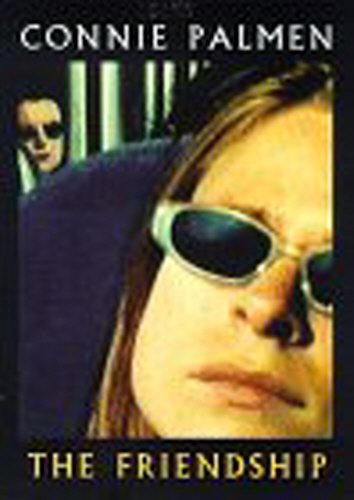 Palmen's second novel to be translated into English is a psychologically motivated study of a 20-year friendship between two Dutch schoolgirls. Written in three parts, the more successful and captivating first section opens in 1966. At the age of 10, ""Kit"" (Catherina) Buts--small, thin, erratically brilliant and popular with her classmates--meets new student ""Ara"" (Barbara) Callenbach. Swarthy, heavy and clumsy, Ara, 13, has repeated several grades. She has ""something in her head which [makes] the words come out wrong"" when she tries to read or write. During the next two years, the friendship between the two girls grows and deepens, surviving the taunts and sniggers of their classmates, the well-meaning disapproval of their respective mothers and the headmistress of their primary school, and their own power struggles. Kit's first-person narrative brilliantly mimics the breathless, scattershot character of a child's storytelling. Her renditions of the well-meant lectures--different in tone but identical in aim--of her fretful, insecure mother and her powerful, controlling headmistress are both cruel and funny, in the way that children's cold-eyed observations so often are. In Parts II and III, however, as Kit and Ara go off to secondary school and then on to their lives as young adults--Ara becomes a dog trainer and Kit an academic--the novel loses focus. As Kit delves deeper into her studies in psychology and philosophy, her narrative no longer depicts a relationship. Instead, it theorizes about that relationship and its possible larger implications. While obviously knowledgeable, the narrator's theoretical musings turn into disjointed harangues. A bestseller in the Netherlands, like her first novel, The Laws, Palmen's bracingly intellectual but oblique second novel will appeal to a more limited readership in the U.S. Even devotees of cerebral European literary fiction may be frustrated this time around by Palmen's swerve from an engaging narrative into the foggy hinterlands of her narrator's psyche. (Oct.)
close
Details