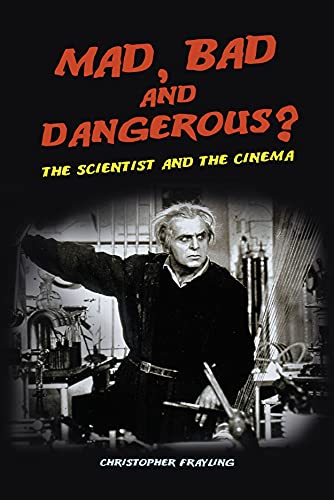 Mad, Bad and Dangerous? The Scientist and the Cinema

Frayling ( ), chairman of the Arts Council of England, goes beyond horror films like and to survey Hollywood's scientist-as-savior films of the 1930s and '40s ( ), lesser-known British "boffin" films of the '40s and '50s ( ) and films of space exploration (1902's ). His extensive study, which occasionally sidetracks into books, comics and television, charts the evolving public perceptions of scientists. His conclusions are occasionally surprising: Rotwang in is "the most influential scientist in the history of cinema"—a prototype who contributed the iconography of white lab coat, unruly hair and physical disability (a damaged hand); at the same time, Frayling shows how the appearance of celebrity scientists like Einstein and Stephen Hawking reinforced that imagery. An examination of students' artistic depictions of scientists will probably appeal mainly to scholars, and the overlong treatment of Wernher von Braun, whose appearances on a series of 1950s specials about space exploration, has a detectable British resentment of the German's history with the Nazis and his rehabilitation as a U.S. space program hero. But given Hollywood's abiding interest in sci-fi, this is a timely and insightful book.