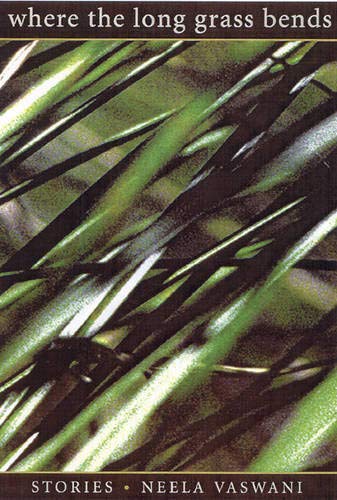 WHERE THE LONG GRASS BENDS

Vaswani shows impressive range and a striking command of poetic imagery in this debut collection, which features 13 stories dealing mostly with the Indian and Asian immigrant experience. "Sita and Mrs. Durber" describes a British art teacher's struggles to deal with a formidably talented Malaysian kindergartener, whose brilliant drawings reveal uncomfortable truths. "Five Objects in Queens," in which an Indian family uses familiar references from their homeland to help them acclimate to life in New York, falls closer to the terrain carved out by writers like Bharati Mukerjee. On the experimental side, "An Outline of No Direction" is a fascinating, unconventional travelogue in list form that skewers and plays up American stereotypes ("In the South, I ride a roller coaster over Dolly Parton's bosom"). Vaswani's conceits are occasionally murky and vague—"Domestication of an Imaginary Goat," for example, labors with its analogy of a goat as a symbol of a couple's relationship, while "Procession at the Tomb of Sayyed Pir Hazrat Baba Bahadur Saheed Rah Aleh" overreaches in describing the role of spirits in a series of brief episodes. Several other stories are noticeably overwritten, as Vaswani falls victim to the tendency to go for the literary home run and descends into florid, overblown avant-garde clichés. But her talent shines through despite the inconsistencies and missteps, and her distinctive voice augurs well for future efforts.