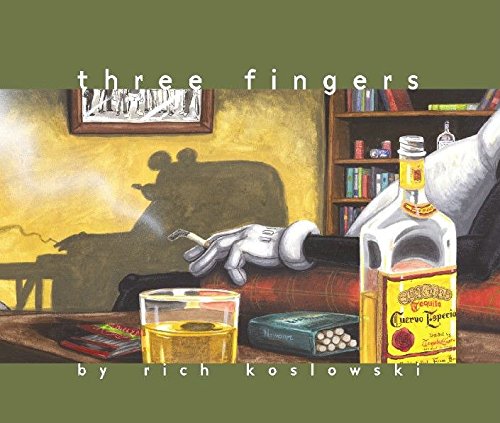 Unlike Koslowski's Eisner-nominated Geeksville series, this work takes a more realistically drawn, documentary-style approach to its story of an alternate world where cartoons exist alongside humans, albeit as second-class citizens. Mimicking a television exposé's hyperbolic format, Koslowski alternates confessional head shots of interviewees with "archival" stills that narrate the history of toons in film. Koslowski began in animation, and its influence is visible in his ability to capture finely shifting facial expressions and in his preoccupation with animated cartoons. Dizzy Walters, a visionary figure strangely reminiscent of Walt Disney, has founded an entertainment empire on the charisma of his formerly down-and-out toon protégé, Ricky Rat. But lurking beneath this rag-to-riches story are rumors of a nasty "ritual," a surgical enhancement many toons are desperate to have done—hence the book's title—with the implicit demand of studio executives. The pressure has driven Ricky to depression and a bad cigarette habit. The ensuing mockumentary offers testimony from Ricky's peers on the vile practice: toons such as Buggy Bunny and Sly Vester Jr. sound off on the "ritual," and celebrities come out strongly against it. Koslowski even suggests the ritual could be behind many of the notorious assassinations and deaths during the 1960s and '70s. Disappointingly, though, the ritual itself turns out to be a letdown. It's a clever tool, but is essentially a passing joke that lacks literary payoff or power. By the book's end, the earlier chapters' tension and inventiveness have petered out. Still, much like a good TV show, when it works, the audience really does want to stay tuned.