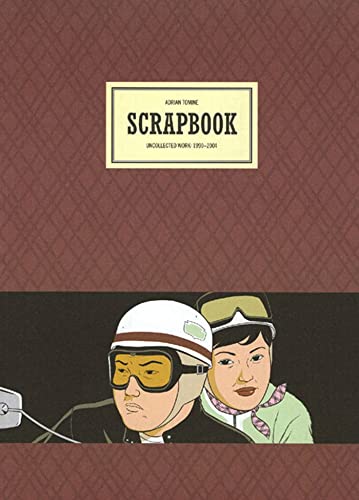 Tomine's comics series Optic Nerve has made him a cartooning icon for the disaffected, 20-something subculture. His work is instantly recognizable—clean-lined, understated, psychologically acute—although his subject matter (young hipsters listening to indie-pop and hitting emotional roadblocks) gets somewhat repetitive in large doses. As its title suggests, the attractively produced collects bits and bobs that didn't make it into Tomine's earlier books: one-page strips about music and heartbreak from magazine, a few pieces for magazines like and , and some pieces abandoned after a page or two (and, in some cases, later reworked). The collection also includes a long sketchbook section, which, Tomine notes, is modeled on similar projects by Robert Crumb and Chris Ware: drawings of people he sees in public, copies of interesting pieces by other artists, casually doodled comic strips without the polished surface of his "finished" work and commentary on his own artistic process. The book's most entertaining section is devoted to Tomine's commercial illustration work: album covers, illustrations and a few advertising posters, in which a single, heavily stylized image suggests an entire narrative. There's little that will surprise Tomine's fans, but it's an entertaining look at the evolution of his style.