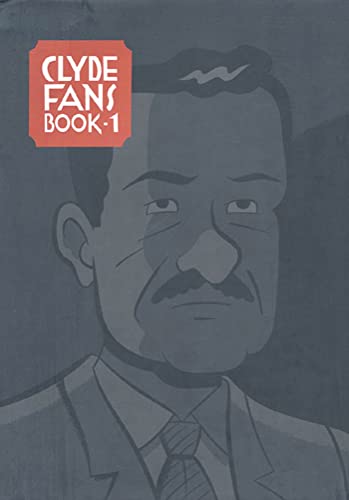 This quietly mesmerizing book contains no jazzy bursts of color or tricky layout, no costumed superheroes or villains, no car chases, not even a single gun. Yet its subject matter is of vital importance. Like Chris Ware and Harvey Pekar, Seth creates art out of the apparent banality of average life. Part one, set in 1997, is essentially a monologue in which elderly Abraham Matchcard describes how he became an effective salesman despite his unsociability, how his father ran a briefly successful company, and how baffled he was by his brother Simon's futile life. Very little "happens," but as the old man's thoughts drift, readers realize how seldom people recognize the shapes their lives are falling into. The book's second part, set in 1957, follows Simon on his desperately uncomfortable attempt at a sales trip. Again, nothing obviously significant happens, which is the point: even when someone recognizes decisions must be made, actually making them may feel too momentous to contemplate. The effect of this accumulation of non-events, depicted in absolutely convincing detail, fascinates. Seth works with a restricted palate (blue tints overlaying the simplified but realistic brushwork) printed on beige paper, which gives the book a unique, antique feel. The formal portraits of the main characters that frequently stare from the pages are echoed in the book's endpapers, which show the Matchcard brothers among their high school classmates. Seth implies each of those faces might conceal a private, mysterious universe. That thought is simultaneously disconcerting and wonderful, as is this book.