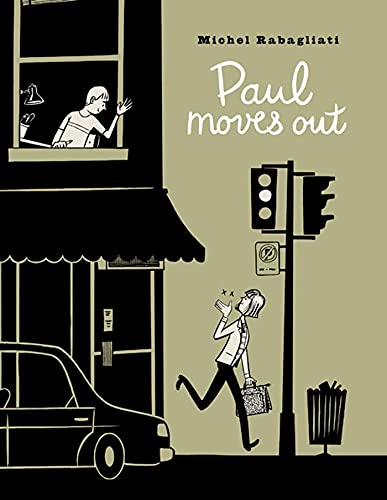 This charming sequel to continues Rabagliati's heavily autobiographical look at his days as a young adult in Montreal. Here, we see Paul at design school, falling under the spell of a charismatic teacher, and meeting and eventually moving in with Lucie, a fellow student who impresses him with her knowledge of Tintin. Rabagliati covers everything in a nostalgic glow, so even an episode when the teacher makes a pass at him comes off as a simple misunderstanding rather than a sordid event. The story is episodic, following such tiny everyday scenes as a scary handyman who destroys Paul and Lucie's bathroom while trying to kill a rat, the death of a favorite aunt and a weekend spent babysitting some kids. If it sounds pretty low-key, it is. Rabagliati is clearly in love with his own reminiscences and doesn't really shape the material into any kind of dramatic tale. However, the beautifully designed art goes a long way toward adding depth to the story. The simple moments of Paul and Lucie's life are so universal, and the characters so likable, it's easy to go along for the ride on this graphic novel equivalent of a lazy Saturday picnic in the park.