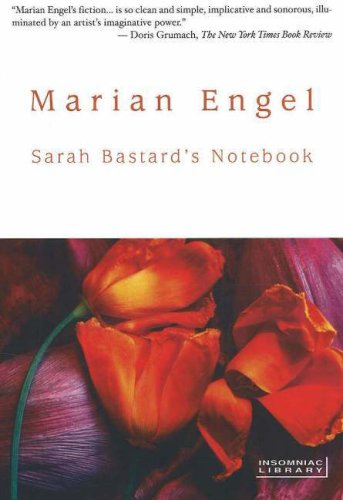 Engel's mordant, witty first novel (first published in Canada in 1968 as ) follows the self-sabotage of a Canadian academic mired in an affair with her sister's husband. Sarah, 30, is the youngest of the four Porlock daughters, an unmarried assistant professor of literature at St. Ardath's College, Toronto. Wrung out after her exhaustive affair with Sandro, the husband of her pretty sister, Leah, Sarah is contemplating taking off for China (or maybe Africa). She feels abandoned by the recent death of her father; her longtime friend and lover, Joe, has returned to his wife; Sandro has written her a Dear Jane letter. The genius of this novel is in Engel's terrific stream-of-consciousness rendering of Sarah's cynicism ("Leah has found her karma: big, blossoming nothing") and self-pity—in an unflinching first-person confession, Sarah seeks resolution, new faith and a way to cast off her dreams and pretensions as she auctions off her possessions. Engel (1933–1985), who went on to write 10 more books, writes of a young woman's desperation with a nimble devil-may-care.