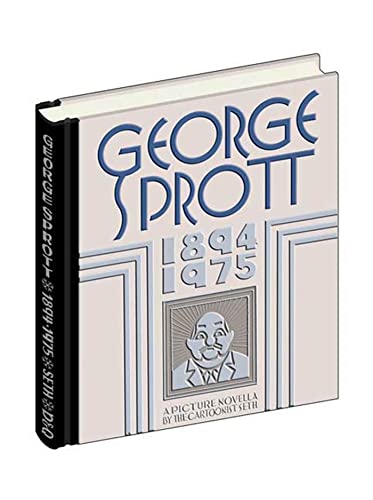 First serialized in the , this exquisite extended version of the life of fictional Canadian TV personality George Sprott only adds to Seth's place as one of the form's masters. In the hours and moments before Sprott's death in 1975, the omniscient—and nameless—narrator flashes both backward to key moments in the TV man's life and forward to interviews conducted after Sprott's passing. After spending four years in seminary school, Sprott sets out to be, as he dubs himself, a “gentleman adventurer,” taking numerous trips to the Canadian Arctic and filming his exploits. After he lands his own television program, , in the '50s, Sprott spends the next 20-plus years (1,132 episodes) telling and retelling stories of his adventures with the Inuits. Along the way, we meet his long-suffering wife, Helen; employees of the Radio Hotel (where Sprott lived for the last 10 years of his life); and members of the Coronet Club (where he delivered regular and increasingly boring lectures). Musings by the man himself—on everything from modern life to food to loneliness—help to round out this portrait of a man who never seemed truly satisfied but somehow made do. Seth ( ) manages to make what is essentially the story of one man's slow death into an often humorous rumination on the power of media, memory and loss.