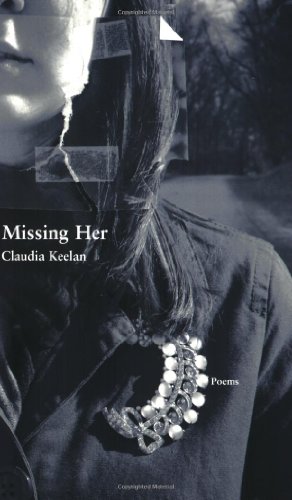 Like Mary Jo Bang's recent NBCC-winning , Keelan's new collection examines the nature of grief through poetry, gathering together a sequence of elegies and poems on loss. The opening group of what Keelan ( ) calls “Little Elegies” mourns various losses, including a girl who died at 14 (“Imagine, she's finally a sexy teenager”) and famous poets Keelan had known, including Robert Creeley and Kenneth Koch (“I heard the echo of your line resound// Through the hearts of thousands”), as well as the Virgin Mary and the victims of 9/11. Keelan's jerky, fragmentary poems also examine the violence of other contemporary phenomena, such as the video game Grand Theft Auto (“He wins the game!/ Choosing each time to crash/ & not to kill”). Elsewhere, she looks at how language itself points to absence: “I believed the linguist// On the radio who said words are most interesting// When they indicate something not there,// Something not inherently in or of themselves.” The striking long poem “Everybody's Autobiography” recalls Keelan's own and others' pasts. Keelan, one of our best, if too little known, experimental poets, does what she can in this sixth collection to steady “the human boat” which “Came capsizing...// Came lost.”