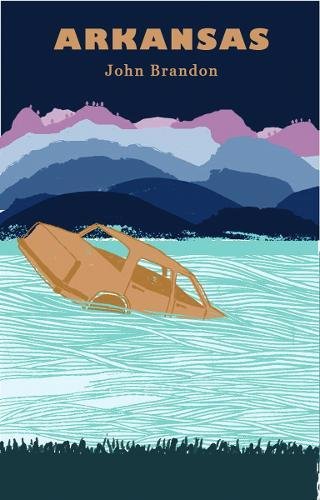 Brandon introduces his main characters gradually in his quirky debut about a bunch of rootless drifters who form an unstable drug-distribution network in Arkansas: Swin Ruiz, who pulls his first scam before dropping out of college; Kyle Ribb, a shoplifter who stumbles on a job as a courier; and mysterious Ken Hovan (aka “Froggy” or “Frog”), who begins with bootleg tapes but graduates to run the shadowy organization. Tangential characters include a middleman, Pat Bright, who oversees Swin and Ruiz in their nebulous and phony cover jobs in a state park, and a black woman known only as “Her,” who passes packets and instructions to the couriers. As Swin and Kyle try to puzzle out how to survive in a crumbling organization, their futile attempts to create some semblance of a normal life evoke only pathos. Not evil as such, these unsympathetic people simply fall into a rut that leads inevitably to violence and death.