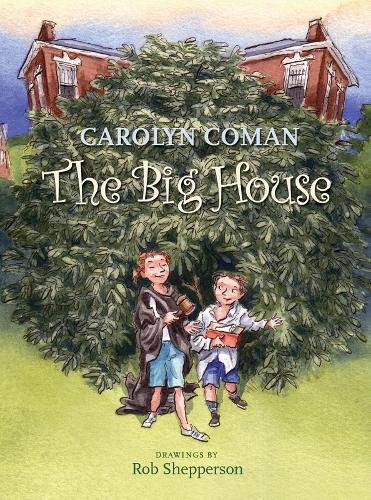 Coman ( ) displays her versatility with this sly comedy about Ivy and Ray, two kids sentenced to live with an heiress whose testimony has just sent their parents to jail for embezzlement. The Big House of the title isn't a prison, but rather "La Grande Maison," the mansion owned by the scheming Marietta Noland, who "kidnaps" the siblings in a limo, and then "leave[s them] to their own devices." That is, until Ray has a series of "unfortunate ," and Marietta banishes him to a room conveniently located close to the laundry. But what Ivy calls "solitary confinement" doesn't improve Ray's bladder control, and a new plan—to send away the siblings to separate schools—puts the pair in a panic. Coman salts the narrative with mysteries—a bank robber grandfather with a felonious past, a shrouded portrait, a scroll hidden in a cake beneath a glass dome—that culminate in a comical mock-trial in which Ray acts as prosecutor and Ivy as judge. In this affectionate portrayal of familial relations, Ivy serves not only as Ray's protector, but also as best friend and willing playmate. Though the parents are clearly flawed (they'd both "been sent off to jail before, but never at the same time"), Ivy and Ray love them, warts and all. Readers rooting for a happy ending will not be disappointed. Ages 8-12.