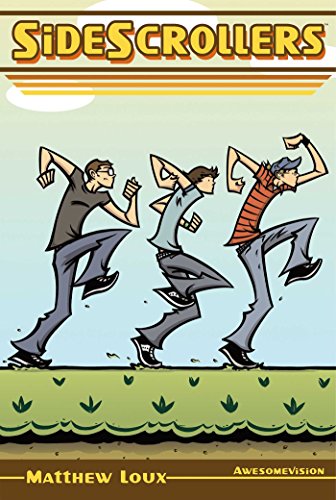 This graphic novel about three teenage friends is enormous fun. Brian, the genius at video games, Brad the practical joker and the lovelorn Matt work to save their friend Amber from Dick, a bully with sexual issues. But the plot is almost beside the point—the banter among the three friends and the strange things the boys decide to do is so entertaining. "You've gotta figure, Frankenberry is pretty much Frankenstein, only pink," says Brian, as they deliberate the strengths of various breakfast cereal characters. Later, Brad liberates lobsters from a tank in a store, and Brian, who's held the high score at Street Fighter in the local arcade for years, is challenged by a Girl Scout, loses, then reneges on his promise to buy all her cookies and is beaten by eight-year-olds. The characters are drawn in thick, stylized lines—they have a '50s feel, but a thoroughly modern attitude, including lots of insider talk about video games, especially Prisoner of Zelda. "I always thought of Brad as Princess Toadstool," says Matt. The book is wholesome (an antidrinking message), but still entertaining for young teens or those with a sense of humor, even if they don't own a PlayStation.