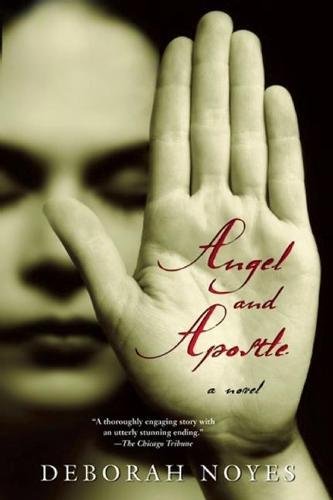 A is for ardent, avid, adoring—and such is Pearl, whose coming-of-age as Hester Prynne's bastard child is the subject of Noyes's debut. A reimagining of 's characters, Noyes's drama unravels the puzzles of "heart and history that consumed" impish Pearl, taunted by puritanical "cretins" as the devil's spawn. While Hawthorne's Pearl serves his novel primarily as a symbol of innocence, provoking contemplation of morality and social organization in his adult characters, Noyes, a young adult writer with a penchant for the historical and gothic ( ), writes a Pearl of flesh and wit, who both dotes upon her stoic mother and despises her for their status as pariahs. As a child, Pearl's feminist musings frame the narrative: "Why did God hate the apple so?" Not until she leaves the New World and grows into womanhood does she feel the legacy of the scarlet . Pearl settles in England and marries the brother of her sole childhood friend, Simon. But it is Simon, blind and sullen, who sees Pearl for who she is. Noyes engages with atmospheric charms of time and place, and though the major turns of the novel are predictable, she delivers an ending revelation that would surprise Hawthorne himself. .