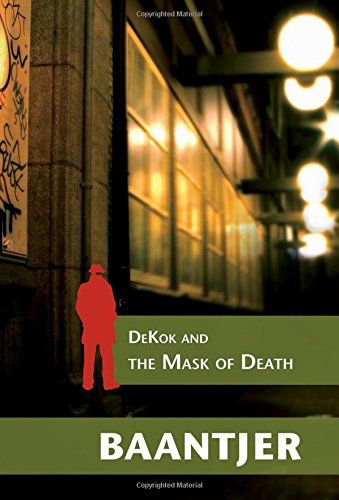 DeKok and the Mask of Death

First published in 1987, this clever mystery in Baantjer's series featuring Inspector DeKok of the Amsterdam police's Warmoes Street station ( , etc.) should help gain him new readers in the U.S. A distraught young man, Richard Netherwood, tells DeKok and DeKok's impetuous sidekick, Dick Vledder, that he took his girlfriend, Rosalind Evertsoord, to Slotervaart Hospital on a neurology referral from her doctor and she simply disappeared. Other young women have also gone missing at the respected hospital, which denies all knowledge of the women. DeKok must deal with a fatherly pimp, a skilled forger, angry boyfriends and devious hospital officials to unravel the case. DeKok's wide network of contacts and his contemplative approach contrast nicely with the more aggressive approach of his protégé, Vledder; the two men make a formidable and appealing detective team.