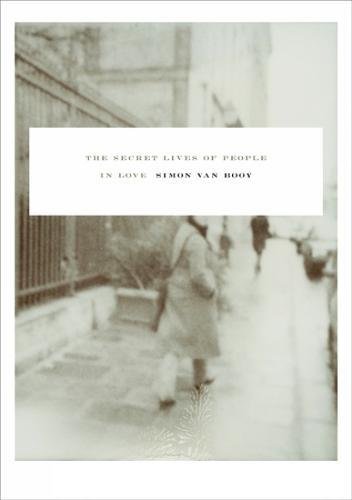 The Secret Lives of People in Love: Stories

A breadth of experience and setting distinguishes this somber first collection of 18 very short stories by New York-based Van Booy. "Little Birds" is narrated by a teenage boy of uncertain parentage who sketches his life with his devoted foster father, Michel, in working-class Paris: "It is the afternoon of my birthday, but still the morning of my life. I am walking on the Pont des Arts." In "Some Bloom in Darkness," an aging railroad station clerk's witness of a violent scene between a man and woman translates in his mind into an infatuation with a store mannequin. Other tales are set in Rome ("I live in Rome where people sit by fountains and kiss"), small villages in Cornwall or Wales, and in Manhattan, Brooklyn and Los Angeles. Van Booy's characters are shipwrecked by fate and memory but tarry on, like the narrator of "Distant Ships," a lifelong Royal Mail loader who stopped speaking after the death of his son 20 years earlier, or the homeless man chased by ghosts in "The Shepherd on the Rock," who aims to "live out the last of my life" at John F. Kennedy International Airport. These tales have at once the solemnity of myth and the offhandedness of happenstance.