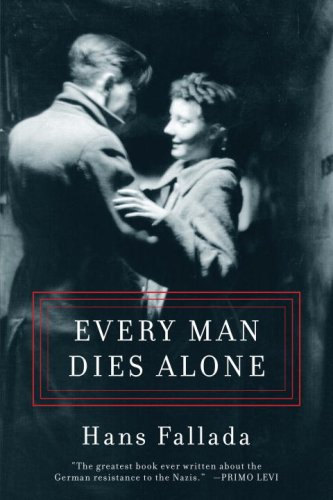 This disturbing novel, written in 24 days by a German writer who died in 1947, is inspired by the true story of Otto and Elise Hampel, who scattered postcards advocating civil disobedience throughout war-time Nazi-controlled Berlin. Their fictional counterparts, Otto and Anna Quangel, distribute cards during the war bearing antifascist exhortations and daydream that their work is being passed from person to person, stirring rebellion, but, in fact, almost every card is immediately turned over to authorities. Fallada aptly depicts the paralyzing fear that dominated Hitler's Germany, when decisions that previously would have seemed insignificant—whether to utter a complaint or mourn one's deceased child publicly—can lead to torture and death at the hands of the Gestapo. From the Quangels to a postal worker who quits the Nazi party when she learns that her son committed atrocities and a prison chaplain who smuggles messages to inmates, resistance is measured in subtle but dangerous individual stands. This isn't a novel about bold cells of defiant guerrillas but about a world in which heroism is defined as personal refusal to be corrupted.