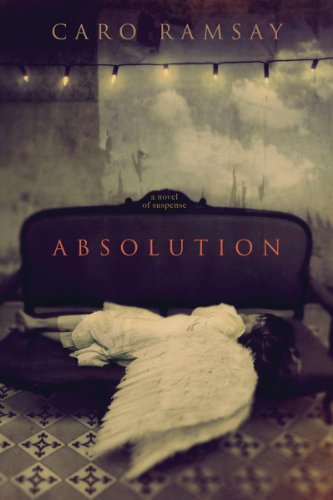 Scottish author Ramsay's atmospheric and melancholic novel is a solid but unremarkable debut. Deeply flawed Glaswegian police constable Alan McAlpine is obsessed with an unsolved case more than two decades old, involving an acid attack on a young pregnant woman who committed suicide shortly after giving birth. As McAlpine investigates a bizarre series of “Crucifixion” murders, in which all the victims have been disemboweled and laid out with arms spread and feet crossed at the ankle, he begins to suspect that this killer is somehow tied to the mystery of his “blonde angel.” The pacing is sluggish, but Ramsay manages to paint a vivid picture of rain-lashed Glasgow. The stark late autumn landscape is a fitting backdrop to the brutal murders as well as McAlpine's dark epiphanies. Ramsay has tremendous potential, but there needs to be more to McAlpine than formulaic angst if he's to succeed as a series protagonist.