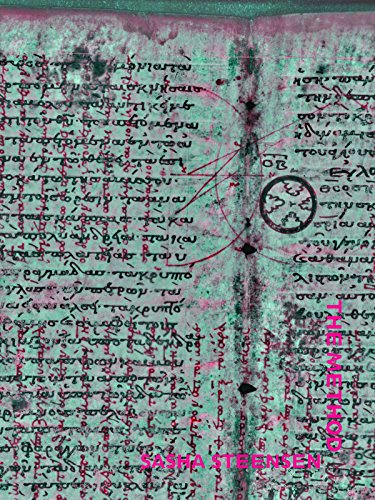 This cycle of poems centering on the history of a manuscript of theorems and proofs by Archimedes—also called , and composed in Syracuse around 250 B.C.—raises deep questions, sometimes asked by Archimedes’ book itself, about the forces that act upon a text to change and possibly corrupt its meaning: “The Method had heard some say:/ 'he or she/ took a little part of me/ when they took their leave/ of me.’ ” There’s an elegiac tone throughout, as Steensen confronts the fact that while Archimedes’ manuscript has been recovered, parts have also been destroyed, plagiarized and commodified to the point that the reader, along with the writer, becomes haunted by the notion of an ever-changing text. Steensen guides us through the long journey of this ancient manuscript and artfully demonstrates how a book is a record of power dynamics in this multifaceted exploration of the complicated relationship between an author and her creation, which speaks both for and against its author, contending, “They scheme against you: but I too have My schemes./ Therefore, bear with the unbelievers, and let them be awhile.”