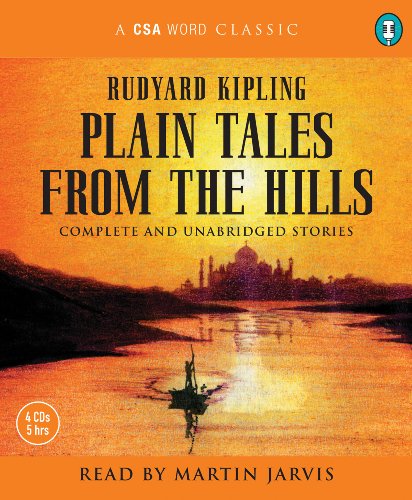 Plain Tales from the Hills

Set principally in Shimla, the mountain town and summer capital of the Raj, Kipling's 40 short stories on the manners and mores of British settlers in India are well observed and masterful character studies. Martin Jarvis begins beautifully; his warm voice is a rich and textured instrument, and he becomes Kipling's narrator effortlessly; rather like Fitzgerald's Nick Carraway, Kipling's stand-in casts a camera-like view on the intrigue, pettiness, and genuine tragedies in his little world. There is wit that borders on the Wildean (“She was wicked, in a businesslike way. There was never any scandal; she had not generous impulses enough for that”). It would be a nearly flawless listen—but for Jarvis's inaccurate and rather cringe-inducing accents for the Indian characters.