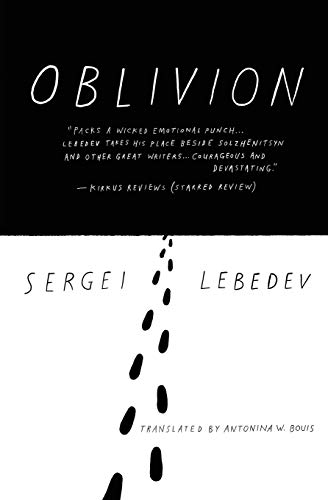 Lebedev's debut novel evokes, in powerful poetic prose, the Soviet prison work camps of the Arctic north, posing a heartfelt challenge to those who prefer to forget. Like the author, the novel's unnamed narrator is a Russian geologist with a passion for words. The story follows his attempt to uncover the past of an old blind neighbor he calls Grandfather II. No one knows much about Grandfather II, who keeps mostly to himself, his deep attachment to the narrator one notable exception. When, as a boy, the narrator balks at his first haircut, Grandfather II takes charge of the scissors. When the boy encounters a frothing dog, Grandfather II beats it with his cane. When the boy needs a transfusion, Grandfather II gives his blood. After Grandfather II dies, the narrator finds a letter that prompts a journey to Siberia, where he observes cold white expanses scarred by logged forests, used-up mines, deserted barracks, neglected roads, abandoned vehicles. Grandfather II's past is rooted in this landscape: he played a key role at a prison camp quarry. The narrator facing the facts of Grandpa II's life serves as a metaphor for Russians dealing with their sullied heritage. The determination of Kulak laborers, the desperation of a fugitive prisoner, the desolation of an empty library, the tragedy of a boy and his whistle, are among the many images capturing the impoverished state of the land, the people, and the national spirit, left by an unjust and undeniable part of Russian history. (Jan.)
close
Details