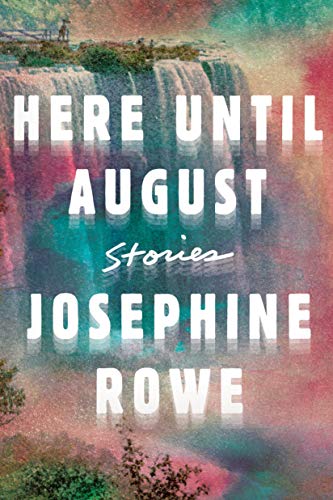 The 10 sharp, vivid stories in Rowe’s first collection (after the novel A Loving, Faithful Animal) showcase characters overwhelmed by the harsh and often beautiful places in which they feel not at all at home. In “Sinkers,” Cristian takes his mother’s ashes to the lake that now, courtesy of the hydroelectric company, covers the town where she grew up, and tries vainly to locate her sunken, ravaged home under a lake that “tells him little, dumbly reflecting back the deepening sky.” Severine, the narrator of “Chavez,” consumed by a grief only gradually revealed, runs from France to a grim neighborhood in a North American city, where she is saddled with a mysterious, “wolflike” dog whose owner has left ostensibly for a couple of weeks, but never returns. “What Passes for Fun,” the collection’s shortest story, more prose poem than fully developed narrative, centers on an image of the physical world that serves as metaphor for the whole volume, a sheet of dazzling ice suspended over a pond that has dropped away, apparently solid but actually dangerously fragile. While the characters’ predicaments are often familiar, Rowe’s fiercely idiosyncratic ways of describing scenes will seize and hold the reader’s attention. The disorienting, sometimes fragmented prose mirrors the characters’ sense of ongoing loss and will linger with readers. (Oct.)
close
Details