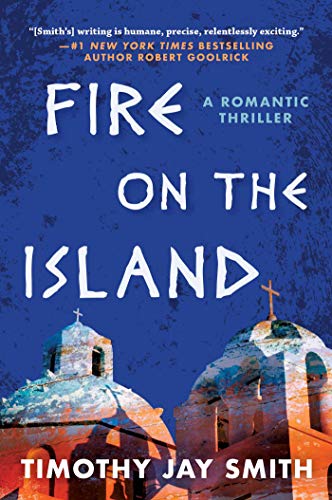 Fire on the Island

FBI agent Nick Damigos, the hero of this enjoyable crime novel set on an unnamed Greek island from Smith (The Fourth Courier), comes to Vourvoulos at the request of the village’s mayor to go undercover and investigate a series of mysterious fires that threaten a Coast Guard station. Nick, a Greek American who speaks the language, soon immerses himself in the daily flow of the village and begins an affair with a local bartender, Takis. Nick’s inquiry brings him into contact with a host of distinctive characters—including the owners of a failing seaside restaurant, a village priest with a talent for art forgery, and Takis’s sister, a bar owner out to avenge the death of her husband, an apparent suicide—some of whose stories are stronger than others. Along the way to the uplifting ending, Nick learns about the centuries-old scars left from the expulsion of Turks from Santorini and the current plight of refugees who pour onto the island desperate for new lives. Smith offers the perfect blend of intrigue, romance, and travelogue. (July)

Correction: An earlier version of this review misstated the book's setting.