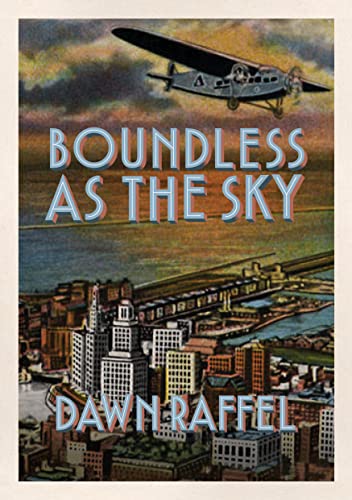 Boundless as the Sky

Raffel (The Strange Case of Dr. Couney) draws inspiration from Italo Calvino’s Invisible Cities and the history of Chicago’s 1933 World’s Fair for this sublime collection, which is divided into two parts. The first section, titled “The City Toward Which My Journey Tends,” contains a litany of short, poetic flash pieces, each offering a sketch of a city or place: in “The Beautiful City of Serena,” old women wear masks, their faces never revealed, while in “The All-New Sanitary City,” sneezing is illegal. At times, the urban landscapes give way to more pastoral settings, such as in “Far from the Sea,” in which the characters “lay in the tall grass.... Skin to reed, to blade, a green prickle.” In the collection’s second, eponymous section, historical figures like Rufus Cutler Dawes, President of the Century of Progress, mingle with imagined players at the 1933 World’s Fair, along with various attendees, performers, and Chicago residents. This profile of a city within a city creates a Russian nesting doll of urban tableaux: “And now comes the time to raise the shade on the city, the real one, cupping the Century of Progress, a perishable prize, in its hand,” Raffel writes in “Streamers and Signs.” This is one to savor. (Jan.)
close
Details