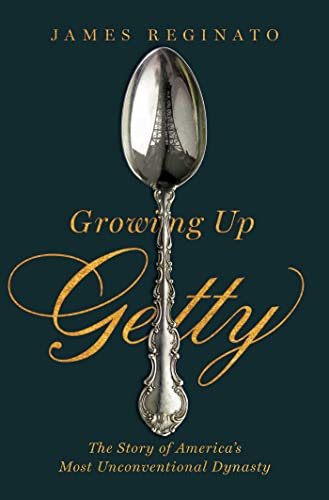 Growing Up Getty: The Story of America’s Most Unconventional Dynasty

Vanity Fair writer-at-large Reginato (Great Houses, Modern Aristocrats) endeavors to break the so-called Getty Curse with this entertaining chronicle of the illustrious dynasty’s four generations. The saga begins with J. Paul Getty (1892–1976), the family’s Minnesota-born patriarch and a storied oil tycoon and erstwhile richest man in the world. Four of his short-lived marriages gave him five children, and their tragedies (untimely death, addiction, and legal strife) attracted lurid tabloid coverage, turning, Reginato writes, “the Gettys into a poster family for dysfunction.” Despite the earlier generations’ famed foibles, Reginato points out that many Getty heirs have established themselves as public figures in art, music, or philanthropy, including, for example, Mark Getty, cofounder of Getty Images. Though the litany of facts—marriages, births, deaths, mergers—tends to dampen the narrative at times, Reginato’s storytelling is at its most engaging in its cinematic depictions of the family in their element: the Getty patriarch surrounded by priceless antiques in luxurious Sutton Place, Paul Jr. and Talitha Getty smoking up with a carnival of 1960s cultural icons in the Palais de la Zahia, Billy and Vanessa Getty’s glittering Napa Valley wedding. The result offers the approximate pleasure of thumbing through a century of society pages. (July)
close
Details