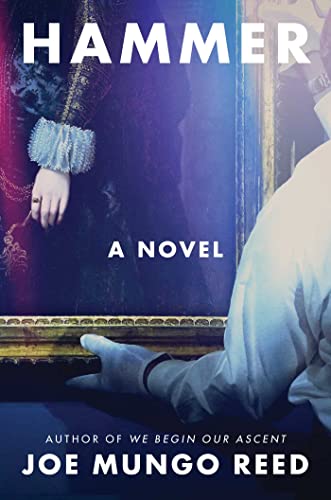 Following We Begin Our Ascent, a story of a Tour de France rider, Reed casts his appraising eye on the equally cutthroat worlds of modern art and Russian politics in this well-observed if uneven outing. It opens with a bang, as Martin, an auction house employee, watches Russian oligarch Oleg Gorelov win a Basquiat painting after driving the bidding up to nearly $9 million. Oleg’s wife, Marina, an old college friend of Martin’s, secures Martin an invitation to the Russian’s art bunker, which houses a lost painting by the Ukrainian avant-garde painter Kazimir Malevich, who ran afoul of the Stalin regime. Martin, who would like nothing more than to secure a sale of Oleg’s art collection for his auction house, is an unassuming, almost purposely bland “puppy” figure who wins Oleg’s trust even as he begins an affair with Marina. Oleg, meanwhile, considers selling his art to fund a quixotic campaign to unseat Vladimir Putin. The plot simmers too long, muting the impact of the characters’ betrayals and machinations, but Reed is consistently excellent in his takes on art, money, and the ruthlessness of the auction house business: “We’re like vampires. We’re well-dressed. We’re polite. But in the end, we’ll need to feed,” says Martin’s boss. In the end this cool, restrained work doesn’t quite reach the heat of the art market it depicts. Agent: Amelia Atlas, ICM Partners. (Mar.)
close
Details