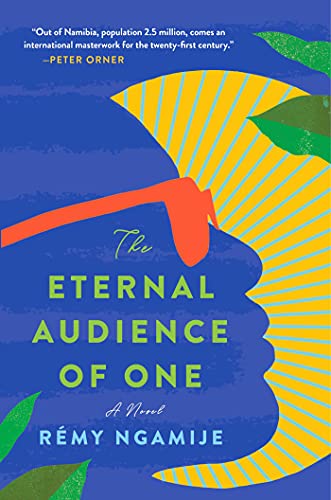 A law student contends with his family and future prospects in this funny and incisive debut from Namibian writer Ngamije. In the weeks before 24-year-old Séraphin’s final year of law school in Cape Town, he visits his parents in Windhoek, Namibia, where they landed after fleeing Rwanda when Séraphin was nine, and where “the best thing to do... is arrive and leave.” Therése, his commanding, French-educated mother, still struggles with their reduced status as immigrants, while his father, Guillome, devotes himself to a low-paying job at a government agency. Back in South Africa, Séraphin hangs out with fellow students, squeaks by at school, and cycles through brief relationships with women while nursing his wounds from past relationships. After Andrew, the only white person in his group of friends, brings around his family friend Silmary, she and Séraphin begin sleeping together, leading to a dramatic fight with Andrew. Flashbacks and ruminations from Séraphin and his parents lead to a revelatory conclusion that impacts all of them, and create a vivid catalog of sorrows, embarrassments, and barely concealed hostilities, which Ngamije conveys through Séraphin’s sly commentary (his “weather report” for Cape Town: “Mild racism with scattered xenophobic showers. Watch out for house parties, folks!”). Fans of Brandon Taylor’s work will love this. Agent: Cecile Barendsma, Cecile B Literary. (Aug.)
close
Details