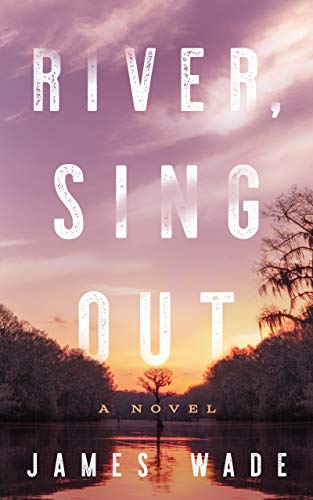 Musings on the existence of God and free will suffuse this elegiac tale of East Texas meth dealers, their clients, and their suppliers, from Wade (All Things Left Wild). Twelve-year old Jonah lives in a filthy trailer where he is alternately beaten and abandoned for days at a time by his father, Dwayne Hargrove. During one of Hargrove’s absences, a strung-out teenaged girl arrives at the trailer, bringing with her a backpack filled with drugs she has stolen from John Curtis, a ruthless local meths boss. Jonah invites her in and cares for her during her difficult withdrawal from the drugs. Once clean, she recognizes that the boy’s future is as bleak as her own. They see their only hope is to run away, sell the drugs to another dealer, and start over. As River says, “This is our last chance at a different life. At any life.” Thus begins their dangerous odyssey toward an inevitably violent conclusion. Any momentum is slowed or blocked by the author’s persistent need to preach in the form of unlikely utterances coming from the mouths of his characters. Those seeking a poignant allegory on despair may be satisfied, but thriller fans need not apply. Agent: Mark Gottlieb, Trident Media Group. (June)

Correction: A previous version of this review conflated two characters.