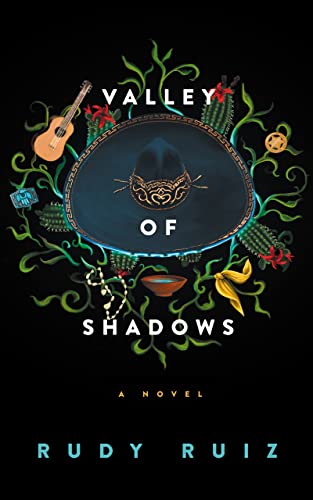 Ruiz (The Resurrection of Fulgencio Ramirez) offers an engrossing blend of historical fiction, ghost story, and mystery. Mexicans, Anglos, and Apaches live uneasily together in the town of Olvido, Tex., in 1883, on land that was once split between Mexico and Texas but is now under American control. The town’s sheriff, his wife, and older son are murdered, and the rest of his children are abducted. Townsmen ask Solitario Cisneros, Olvido’s previous lawman, to investigate. Solitario, who can see the dead, refuses because he would miss out on his brief nighttime encounters with the spirit of his late wife. He also fears he would be made a scapegoat if a culprit can’t be identified, given his Mexican ethnicity. After a plea from the ghost of the murdered boy changes his mind, he enlists a young Mexican Apache seer, Onawa, to help him find the missing children. They rescue Tolbert’s surviving son without finding his two missing daughters, and return to Olvido to learn another family has been killed. As the body count rises, a romance simmers between Solitario and Onawa, and they face Olvido’s entrenched prejudices. Here Ruiz slips into clichés, particularly in describing Onawa’s attraction to Cisneros, but he employs elements of magic realism to haunting effect, and the depictions of human cruelty and injustice are unflinching. Despite some bumps, this has its rewards. (Sept.)
close
Details