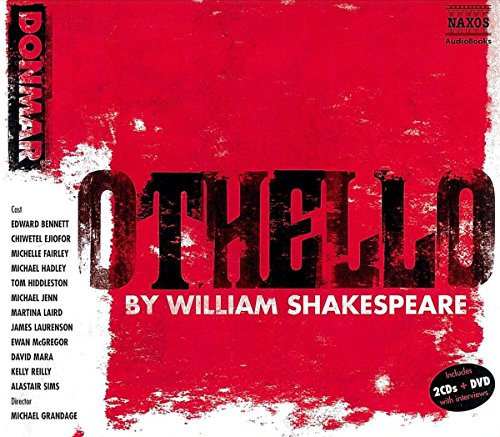 Shakespeare's legendary tragedy is revisited in this spirited and entertaining production that ran in London from November 2007 to February 2008. The flawless, talented cast features Ewan McGregor as the conniving Iago, Chiwetel Ejiofor as Othello (whose performance won him the Olivier Award as best actor) and Kelly Reilly as Desdemona. There is also excellent support from Tom Hiddleston (as Cassio) and Michelle Fairley (as Emilia). This audio production is a rousing, theatrical performance expertly guided by director Michael Grandage. Complete with a musical score as well as full sound effects and background noises, listening is so enjoyable that the play speeds by at breakneck pace. An enclosed booklet contains color photographs of the production and a well-written essay by drama professor Russell Jackson. There's also an entertaining bonus DVD disc featuring interviews with the cast and crew. Brilliantly produced in all departments, listening is the next best thing to seeing it live.