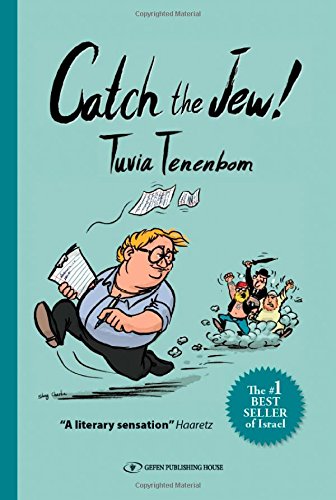 Those interested in the Middle East conflict gain an entirely new, surprising, and often disturbing insider's perspective of just how unlikely peace really is, in Tenenbom's remarkable six-month account of his journey to all corners of the Holy Land. Born in Israel to an ultra-orthodox family, Tenenbom (I Sleep in Hitler's Room) left to pursue a career in journalism and theater, living in Germany and the United States. Posing mostly as a German, he returns to Israel after 33 years with a plan to observe and experience the people, the culture, and the prospects for peace. Presenting himself as a German or an Israeli journalist, depending on the situation, he interacts with Haredim, Knesset members, Israeli media, Jews living in disputed areas, right and left-wing Israelis, Arab leaders, PLO leaders, Bedouins, European "peace researchers," and prostitutes. Tenenbom's conclusions, many of which he arrives at while playing his dangerous charade, are bone-chilling and disheartening. His riveting tale, chock full of unbelievable and hilarious encounters, is highly engaging and emotional, eminently readable, brutally honest, and likely the most uncensored and eye-opening report readers will see. (Feb.)
close
Details