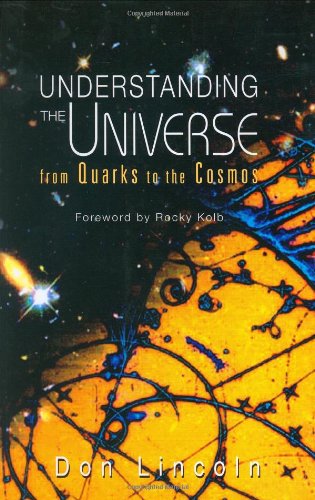 UNDERSTANDING THE UNIVERSE: From Quarks to the Cosmos

Lincoln, a high energy physicist at the Fermi National Accelerator Laboratory (Fermilab), has an infectious love for physics. He also occasionally demonstrates a humorous writing style that successfully engages the reader. On the whole, however, his efforts to explain the basics of quantum physics to the lay reader do not succeed because the material he covers is often too complex to be presented in such a superficial manner, despite the book's 600-plus pages. Readers will be lost in a sea of subatomic particles—bosons, leptons, fermions, hadrons, gluons, baryons— and they'll be frustrated by the constant refrain that the material is complicated, but they can turn to the works in the bibliography for more detail. Lincoln does do a credible job of explaining some of the early history of physics, and he brings to life some of the excitement associated with multimillion-dollar physics experiments being done worldwide. He also touches on many of the unresolved mysteries of physics: why there appears to be so much more matter than antimatter, whether there are many more than three spatial dimensions and what constitutes the "missing" matter in the universe, to name just a few. By attempting to cover it all, Lincoln produces a very large but largely unsatisfying volume.