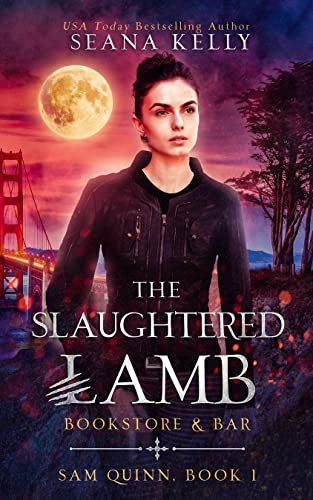 Kelly (Welcome Home, Katie Gallagher) introduces fierce, lovable heroine Sam Quinn with this master class in storytelling and survival. Seven years ago, Sam was attacked, raped, and forcibly turned into a werewolf, putting an end to her life as she knew it. She’s since made a home for herself in San Francisco, opening a combination bookstore/bar catering exclusively to the supernatural community. A loner by nature and still contending with her trauma, she’s content to lie low without a wolf pack of her own. But when dead bodies begin piling up across the city and Sam receives a threat from an unknown source, she finds herself surrounded by a phalanx of friends she never realized she had. Among them is Clive, the leader of the city’s vampire community, whose good looks attract Sam “like a zombie to brains.” Kelly pulls off an impressive feat, weaving the sensitively handled story of Sam’s emotional recovery through a rollicking adventure. The unique setting and endearingly quirky side characters only add to the charm. Readers will delight in both the humor and the heartache of this powerful urban fantasy, and they’ll be eager to see where Sam goes next. (Self-published)

Correction: An earlier version of this review used a wrong name for the author's surname.

Lost Places
Lost Places
Sarah Pinsker
This remarkable collection of 12 speculative shorts from Pinsker (Sooner or Later Everything Falls into the Sea) places celebrated favorites and hidden gems side by side. The Continue reading »
chevron_right