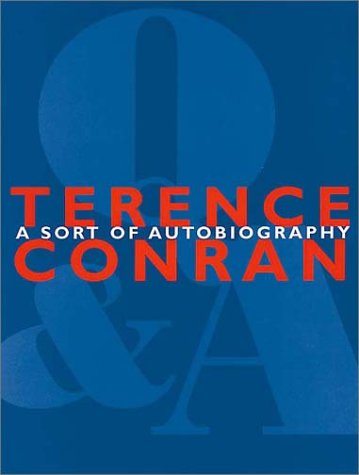 Q & A: A Sort of Autobiography

"I enjoy... offering [people] a slice of my life," declares Conran (), and he has done precisely that for more than 40 years as a designer, restaurateur and founder of the legendary furniture stores Habitat and the Conran Shop. The autobiography of this British entrepreneur is as original as his home design concepts: Conran enlisted friends, family and co-workers, and a few celebrities (including New York City mayor Michael Bloomberg and Gucci's Tom Ford), to ask him dozens of questions about his life and work, which he has published, along with the answers, in q&a format. Conran's chatty and forthright responses yield an engaging portrait of a man who sums himself up as a "hard-working hedonist." The day-to-day minutiae of Conran's life are here (his wardrobe is dominated by a collection of 42 identical deep-blue shirts), as well as candid reflections on his four marriages, five children (most are involved in the family business) and eight grandchildren. Conran talks about his influences (Parisian brasseries and Evelyn Waugh's ), his biggest disappointment (that he no longer runs Habitat, which was sold to IKEA's founder, Ingvar Kamprad) and his fundamental aim of making beautiful, useful everyday objects affordable. In telling of his past, he offers valuable insights into starting a new business (e.g., he attributes his successes to a strong and dedicated team of employees). Asked to name one useful vice, Conran replies, "Envy." The designer's varied and influential career, his lavish homes and his boisterous family life will probably inspire just this emotion in more than a few readers.