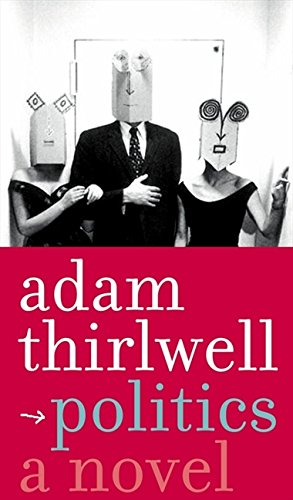 In this nervy, self-conscious debut novel, British writer Thirlwell airs the unspoken anxieties and confusions of two lovers, crafting a talky deconstruction of a relationship. Moshe is a character actor, "the sketchy one, the sardonic one, the oddball cool"; Nana is an architecture student, "tall, thin, pale, blonde, breasty." It is the off-stage narrator, however, who is the book's most notable presence, with his countless digressions, "simple" theories, lengthy explanations and bossy directives. Despite his repeated assertions that the book is not about sex ("sex isn't everything"; "sometimes I think that this book is an attack on sex"), Moshe and Nana are constantly experimenting ("oral sex, use of alternative personae, lesbianism, undinism"), though their experiments usually end in failure. This is true of their biggest experiment, a three-way affair involving Anjali, an Anglo-Indian actor friend of Moshe's. Reading Thirlwell's novel is similar to watching a film with the director in the room, guiding the viewer through every scene. While many of the resulting narrative flourishes are clever or endearing, their humor and intellectual cachet wear thin as the ratio of window dressing to substance tips heavily in favor of the former. Still, Thirlwell's brave attempt to debunk the primacy of sex (while elaborately describing his characters' hapless pursuit of it) is surprisingly convincing.