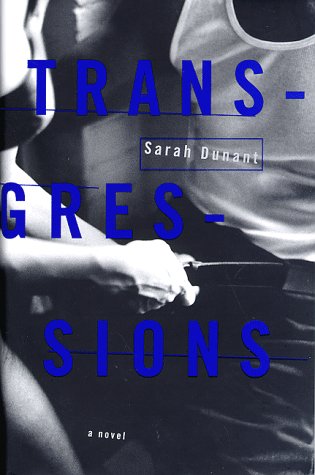 There's a lot of showy exposition about the complicated ebb and flow of sexual power and violence, but, in the end, this thriller is about cheap thrills. Dunant, author of the popular Hannah Wolfe mystery series (Under My Skin, 1995, etc.), tells the story of Elizabeth Skvorecky. Recovering from a bad split with her live-in lover, Lizzie hunkers down in her London mansion to translate a trashy Czech police thriller. At first she resists the tale, internally railing against its images of mutilated female torsos and women chained up as dogs. But she gradually discovers that the misogynistic violence has ""burrowed its way under her skin."" In fact, it makes her hot. Meanwhile, someone appears to be infiltrating her home: CDs are disappearing, possessions are moved and then the manuscript of her translation is smeared with ketchup. Her vindictive ex? A ghost? When Lizzie awakens one night to find a stranger perched on her bed clutching a hammer, she seduces him proactively and is unexpectedly, and disturbingly, aroused. But when she learns that a serial ""hammer rapist"" is amok, she stops congratulating herself for surviving and begins stalking her stalker, baiting him with throbbingly sadistic chapters ostensibly translated from the Czech thriller but which, in fact, she has written herself to spook the prying rapist. Dunant ""quotes"" long passages of both the porn thriller and Lizzie's addenda, and then dismisses them as ""total crap."" Presumably, Lizzie is somehow empowered by writing bad porn, but we're certainly no better for reading it. Ultimately, it's hard to distinguish between what Lizzie writes and the ill-conceived, poorly disguised appeal to prurience Dunant has penned. (Apr.)
close
Details