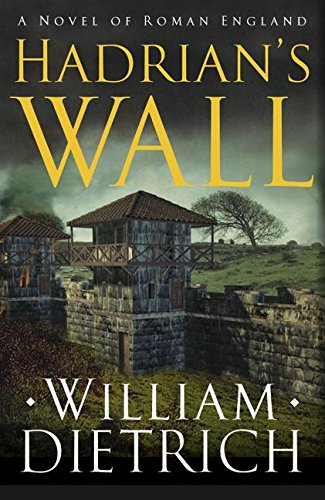 The limit of Roman imperial expansion in Britannia is marked by Hadrian's Wall, a fortification constructed in the second century A.D. to keep the northern barbarians from invading Rome's island province. Award-winning author Dietrich's fourth novel is an epic historical drama of warfare, treachery and political intrigue centered on Rome's most remote and desolate frontier outpost. In the fourth century A.D., the Celtic barbarians are restless, revolt is imminent and the hard-pressed Roman garrison on the frontier has a new cavalry commander. Brutally efficient veteran soldier Galba is replaced by scholarly aristocrat Marcus, whose appointment is the payoff of an arranged marriage to a senator's daughter. When Marcus's beautiful young wife, Valeria, arrives at the frontier, she becomes an unwitting pawn in the plots of Galba, Marcus and the Celtic chieftain, Arden Caratacus. Marcus seeks glory and a return to the comforts of Rome; Galba seeks power and revenge; and Caratacus seeks freedom from Roman oppression. All three men covet Valeria, but for very different reasons, eventually driving her to betray them all in a desperate effort to save them from war and disaster. Murder, betrayal, witchcraft and shifting loyalties add suspense and tension to this vivid tale. Dietrich's descriptions of Roman-style battle are bloody and graphic, with legionnaires wielding shield and sword against naked barbarians shrieking and swinging battleaxes. Dietrich is in top form with this rousing tale.