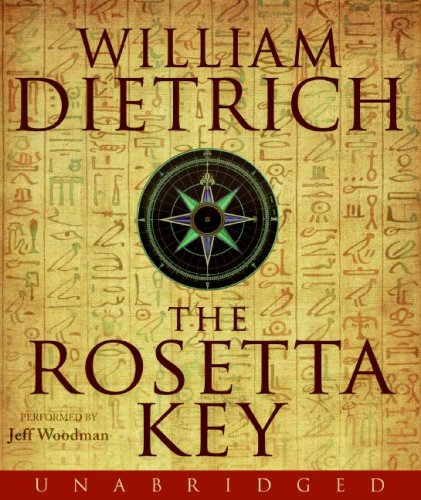 The packaging of this audiobook says “performed by Jeff Woodman,” and does he ever perform! Woodman executes a variety of accents in both sexes as he brings to life this rollicking Indiana Jones–like story of an adventurer in search of ancient secrets, and the woman he loves, set during Napoleon's attempted conquest of Palestine and Egypt. Woodman creates a memorable first-person protagonist in American Ethan Gage, who remains likable despite his many foibles, con-artist morals, frankly admitted cowardice and frequent use of annoyingly folksy similes. Woodman also pulls off convincing French, British and Arabic voices. His pacing never flags through the endless twists, turns and hair-raising escapes that make up this treasure-hunting tale. This enjoyable audio should be accompanied by a large bowl of popcorn.