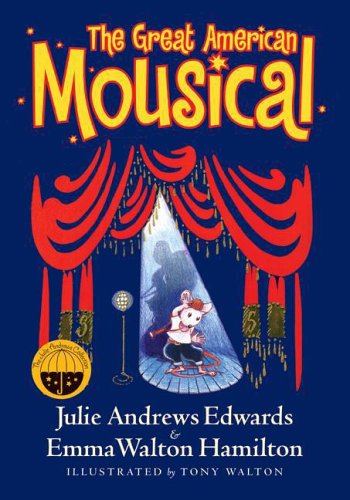 Edwards and Hamilton (co-authors of ) set their tale below a decrepit Broadway theater, where the architect's model of the building serves as the home of a professional troupe of mice actors. "On a night in late December, just after Christmas, when our tale begins, [a] little door was wide open," states the omniscient narrator. The narrative opens as the diminutive thespians rehearse for their New Year's Eve extravaganza. Suddenly plaster and shards of colored lenses rain down on the stage, and the mice soon spy a wrecking crane. Adding to the drama, the company's diva falls prey to a mousetrap, from which a construction worker frees her on the outskirts of Manhattan. A kind rural mouse plays a key role in escorting the leading lady back to the theater just in time for her grand finale. In a fitting, theatrical flourish, one of the Broadway mice finagles a way to lead the developer and his son to the tiny underground theater. When the man sees how exquisite the original venue was, he has a change of heart. Clearly written from an insider's perspective, the story brims with theater lingo, fittingly applied touches of melodrama ("The show must go on") and cleverly placed familiar lines ("Our revels now are ended"). The players here may be small in stature, but the story is big of heart and deserving of an enthusiastic round of applause. Final artwork not seen by . Ages 5-9.