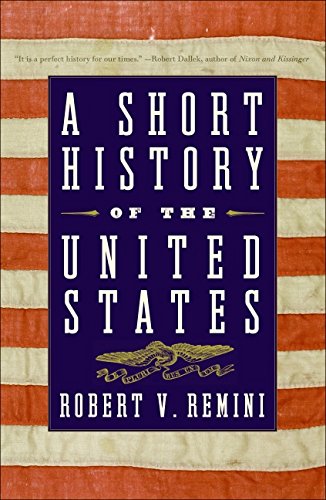 A Short History of the United States

To write a thorough, balanced history of the United States in under 400 pages is no mean feat. Remini, professor of history emeritus at the University of Illinois at Chicago and a National Book Award winner for his work on Andrew Jackson, deftly wraps his expertise and deep knowledge of his subject in stripped-down prose that provides everything a casual (or bewildered) reader needs to know about the United States from the first English colonists until the beginning of 2008. Remini's final chapters are slightly rushed and his judgments too general to be useful, but these flaws are easily overshadowed by his masterful middle sections focusing on the 19th century (his scholarly specialty). In contrast to some surveys of American history, like Howard Zinn's or William Bennett's Remini delivers an objective narrative of this nation's history that readers of all political stripes will appreciate. 16 pages of b&w illus., 14 maps.