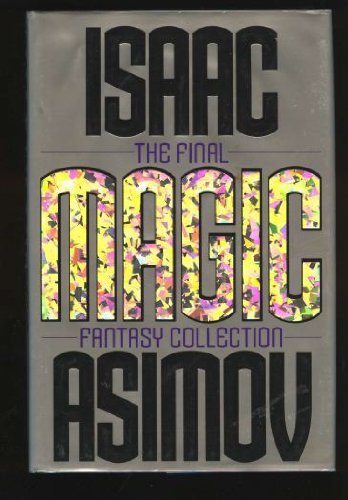 Fantasy wasn't Asimov's forte, but that's not to say that this lightweight, posthumous gathering of previously uncollected stories and essays won't amuse casual readers and please the completist. The fiction here, mostly satirical, resembles Asimov's SF, depending on a clever idea that is clearly presented in a well-built story. Most of the stories concern George and his demon (or perhaps extradimensional alien) servant Azazel, whose plans to help George's friends always go awry. The book also contains two modern fairy tales, as well as a Black Widowers piece that barely qualifies as fantasy. Overall, the nonfiction holds up better, dealing with topics from unicorns to symbolism; many of the essays comment on, or provide context for, the stories. There's some criticism, too, and despite his dislike of critics, Asimov himself proves a capable one as he analyzes the work of, among others, Robert E. Howard, L. Sprague de Camp, J.R.R. Tolkien and, of greatest interest, himself. (Jan.)
close
Details