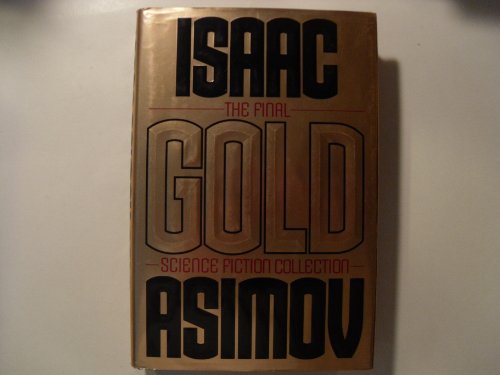 Asimov, who died in 1992 and whose influence can hardly be exaggerated, is ill-served by this work, two-thirds of which consists of book introductions and editorials he wrote for Isaac Asimov's Science Fiction Magazine. The fiction included here, though a decidedly mixed bag (several pieces are short-shorts whose long-term value is dubious), includes two of Asimov's most important late stories, ``Cal'' and the title story. ``Cal'' is one of several tales here in which a robot's use of a word processor has unexpected consequences, but it stands above the others (such as ``Fault-Intolerant'') because Cal is as vibrant as the humans in the story. The Hugo-winning ``Gold,'' meanwhile, in which a ``compu-drama'' director agrees to adapt an SF novel to the new medium, is by itself worth the price of this book. The two nonfiction sections, by contrast, are sloppily compiled (``Suspense'' is the first part of a two-part editorial not continued here, for instance). Additionally, several of the editorials, by referring to stories published in the magazine but not here, have lost much of their effectiveness. A volume of Asimov's uncollected fantasy stories is promised by HarperPrism for 1996; one wishes that this book had included those stories instead of the nonfiction here. Even so, however, this collection presents enough valuable insight into Asimov's work to mitigate disappointment. (Mar.)
close
Details